We’ve discussed the vulnerabilities of our forward bases (see, "Base Defense") and, among other actions, noted that we should be pursuing hardening of our bases.


National Interest website makes the point that hardening includes far more than merely protecting the aircraft on the ground.

“However, protecting the aircraft is just a first step. Combat aircraft sortie generation can be thought of as an industrial process with the airfield as a “sortie factory.” The factory needs working aircraft, but the aircraft must be able to taxi to a runway that is long enough for them to operate from safely and when they return they must be able to be repaired, refueled and rearmed, and their crews must be able to receive orders and plan missions. This means other parts of the factory must be protected if the base is to function under attack. This means hardening maintenance, fuel storage and distribution and operations facilities.” (1)

This is an interesting, and correct, take on the issue that recognizes what an airbase actually is and, therefore, the scope of what must be protected.  This leads to the concept of a “sortie chain”, similar to a kill chain, in which a series of steps are required to generate a sortie.  Breaking the chain at any point will terminate the sortie.  For example, there is no need to destroy the aircraft if you can destroy the fueling facilities or the maintenance facilities or any other step in the chain - hence, the need to harden the entire chain and its associated facilities.

Dr. Carlo Kopp notes that is actively pursuing airbase hardening and presents data on the extent of that effort.

“The only nation in the region actively investing in airbase hardening over the past decade is China, which has incrementally expanded its inventory of underground hangars (UGH), while investing in HAS [Hardened Aircraft Shelter] at multiple airfields.

Dr. Kopp also makes the point that ’s huge advantage in hardened sites creates a strategic imbalance in their favor.  The side that is better prepared to absorb attacks and continue to fight has a significant advantage – no great surprise but a concept seemingly lost on Western military professionals. 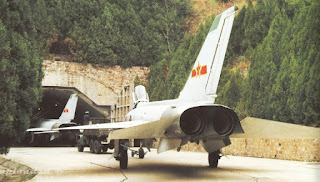 Air Force Magazine website notes some of ’s HAS efforts.


“Distributed over 15 air bases throughout Nanjing and Guangzhou military regions in the east and southeast of China, the number of hardened shelters has grown from 92 to 312 in the past 12 years …” (3)


Hardened aircraft shelters (HAS) are not a magic solution to attack and do not grant immunity to damage.  Precision guided, penetrating bombs will destroy HAS structures as the demonstrated during Desert Storm and, just recently, in the Tomahawk attack on the Syrian airbase associated with chemical weapons.  What HAS (and any form of hardening) does is to eliminate the cheap kills and drive up the cost of achieving the desired degree of destruction.  “Dumb” bombs are plentiful - precision guided, deep penetrating bombs are not.


“When Coalition air forces flew into in early 1991, they confronted the most extensively hardened airbase system ever built. Saddam’s hardened airbases proved ineffective, and Coalition tactical fighters destroyed 375 of 594 during the six week air campaign. With complete control of the air won within the first day, Coalition fighters were able to repeatedly attack HAS installations until they were cracked open. The pivotal weapon used was the American 2,000 lb BLU-109/B I-2000 Have Void concrete piercing bomb, fitted with either the GBU-10, GBU-24 or GBU-27 laser guidance kit. Typically two weapons were used per target, the intent being for the second round to punch into the hole made by the first round. While many HAS were punctured in an initial attack, many others required repeat attacks until fatal damage was inflicted. This absorbed a significant proportion of available Coalition sorties, as the limited number of F-111, Tornado, and Buccaneer aircraft equipped to laser illuminate targets set hard limits on daily sortie rates.” (2)


Hardening did not defeat the overall attack but it greatly increased the time and effort required for the Coalition to achieve its goal.  The key lesson is that many hardened targets required multiple re-attacks.  In Desert Storm, with total control of the air, we were able to re-attack as often as needed.  Against a peer adversary and lacking control of the sky, the ability to knock out hardened bases becomes a much more difficult and questionable task and re-attacks will likely be prohibitively expensive, in terms of attacking aircraft attrition or simply not possible given sortie availability and defense changes. 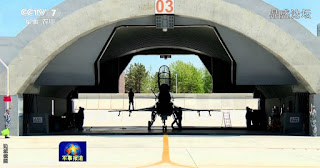 A related point is that the type of laser guided, precision, penetrating bombs used by the require that the launching aircraft (and lasing aircraft, if they are not the same) overfly or very closely approach the target.  Again, against a peer with a credible SAM system, this may be costly or impossible.


“… the perceived vulnerability of UGHs to precision weapons. Most of the shelters have only a few entrances, which if struck could pin aircraft inside for an extended period. …


Precision strikes against the taxiways leading to the entrances could also hinder operations. Although aircraft inside may survive, it could prove difficult to extract them from their underground lair and launch. In addition, it might be possible for the first precision guided munition to penetrate the doors with a follow-on weapon to detonate inside the UGH.”


Just as there is a crowd of people who believe that since armor can’t stop every weapon that exists, there is no point having any armor, so too there is a crowd, likely the same crowd, who believes that since no amount of hardening can stop every bomb or missile, there is no point hardening bases.  Clearly, this is misguided, idiotic thinking.  Hardening (or armor, as the case may be) drastically drives up the cost and effort for the attacker.  In a peer war, where you may only get one chance at an attack, hardening ensures that at least some of your assets survive and forces the attacker to expend many more assets than would otherwise be required.  recognizes this and is preparing their bases accordingly.


“Currently, the military has 207 HAS dispersed among four bases in the Western Pacific, with a significant majority in .” (3)


On the other hand, some key bases have little in the way of hardening.


“Kadena Air Base on Okinawa, located just 460 miles from the Taiwan Strait, houses F-15s and occasionally F-22s—and large numbers of other USAF aircraft—but possesses only 15 shelters.


Andersen Air Force Base on hosts a range of strategic assets, such as B-2 stealth bombers and RQ-4 surveillance aircraft, but has no hardened shelters.” [emphasis added] (3)


The needs to devote serious efforts towards hardening its few forward bases.  This is a key point since the has so few forward bases in the Pacific – being the notable example.  We need to do all we can to ensure that can withstand attack and continue to function.


Can we afford more hardening efforts?  From Air Force Magazine,


“… it should be noted that roughly 20 new hardened shelters can be purchased for the cost of a single fourth generation fighter.” (3)


On the opposite side of the coin, we need to devote more effort to figuring out how to more efficiently and safely destroy hardened facilities.

Email ThisBlogThis!Share to TwitterShare to FacebookShare to Pinterest
Labels: Base Defense, Forward Base, Hardening