ComNavOps follows Chinese military matters fairly closely.  Know your enemy, right?  My impression is that the Chinese are training hard … harder than we are.

Admittedly, I may be seeing carefully staged, propaganda type photos and descriptions that don't really reflect the state of Chinese training.  To mitigate that, I 'validate' the sources I use to the extent I can.  If a source has a history of posting verifiably accurate information about other matters then I assume that the training-specific posts are also accurate.  Still, one can never be entirely sure.

With that in mind, my impression is that the Chinese are training hard and more realistically than we are and by a wide margin.  Here's what I mean …

Photos of US training exercises show little use of smoke, obstacles, 'enemy' forces, or general confusion.  They also show no evidence of stress or realism.  For example, personnel are typically seen standing bolt upright rather than under cover and standing exposed in hatches of vehicles rather than buttoned up.  Amphibious assaults show personnel on beaches directing nice, neat, orderly lines of AAVs - is that really how an assault will occur?  Disembarking/dismounting personnel are shown walking off rather than crouched and sprinting as if their lives were at stake.  Examine these photos of US training exercises and ask yourself how realistic they seem and how representative you think they are of actual combat? 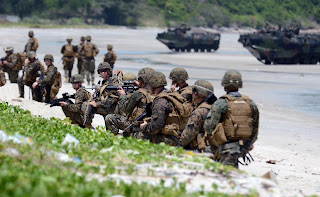 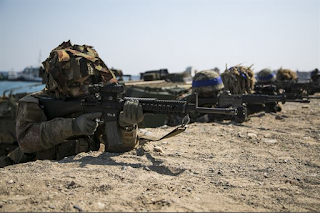 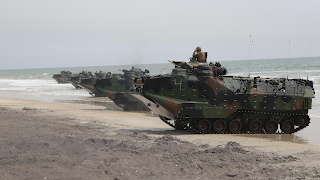 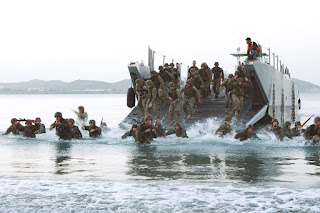 In contrast, take a look at these photos of Chinese training exercises (1).  Note the much greater degree of realism.  Note the smoke everywhere.  Note the night training.  Note the postures of the personnel.  Note the degree of live or semi-live firing.  Note the opportunity for confusion and noise. 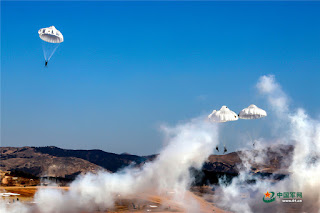 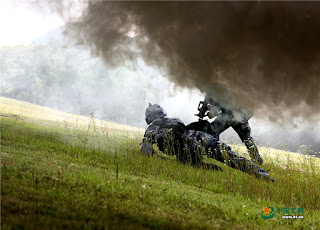 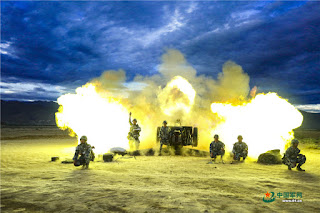 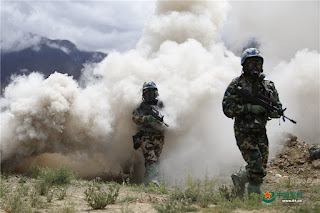 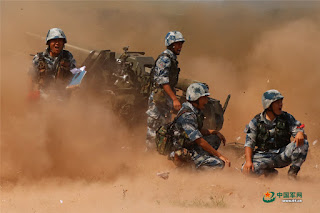 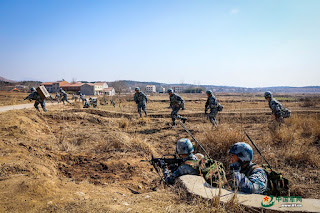 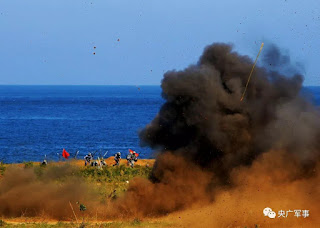 I also admit that I'm cherry picking the photos, to an extent, to support the premise.  Certainly, there are US exercise photos that show smoke being used and personnel running but the point is that I had no trouble finding the types of photos I selected for the US and more realistic ones are much harder to find - that's telling.  I also had no trouble finding the Chinese photos - in fact, it was hard to find any that weren't realistic.

Relax a little.  I'm not proving or disproving anything in this post with just a handful of photos.  I'm merely stating that my general impression is that the Chinese are training harder and more realistically than we are.  If my impression is correct, this should concern us greatly.

It's also troubling that I can find any photos of Us personnel in mid-exercise without smoke, confusion, explosions, crouching/covering, etc.  If I can, then that exercise time was unrealistic and wasted.

By the way, my conversations with serving personnel confirm and, indeed, help form my impressions.

Consider this post is food for thought rather than a proof of anything.