We’ve discussed the vulnerability of US military platforms and weapons to GPS denial (see, "GPS Jamming").  Now, here’s the flip side of the discussion – the GPS anti-jamming capability which may enable GPS signal utilization even in the face of GPS jamming.

Here’s an interesting summary of the GPS problem.

“On Earth, the GPS satellite signal is received about 30 decibels below the background noise level. This translates to a signal strength of about 1,000 times weaker than that of thermal noise normally inherent in electronic equipment. Conventional GPS digital signal processing allows receivers to pluck these signals out of the background noise. When interference raises the level of background noise, however, a receiver may be unable to track the GPS signal.

This problem is especially acute with low-end receivers using omnidirectional antennas. These antennas lack the ability to provide directional discrimination away from sources of interference and toward satellites. Interference sources can be narrowband—affecting only a small part of the overall GPS frequency spectrum—or they can be broadband, affecting the full GPS spectrum. The civilian GPS arena is particularly susceptible to narrowband interference, as it occupies only 2 megahertz of spectrum. Military GPS is spread across 20 megahertz.” (1)

Thus, the fairly concentrated and very low signal power of GPS allows for easy, low power jamming.  So much for the problem. 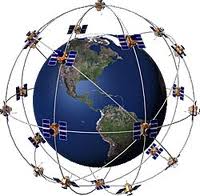 One solution to defeating GPS jamming is to enhance the receivers signal processing, allowing it to directionally align with GPS satellites and to process the signal to enhance it.  An example of this approach is Lockheed Martin’s GPS spatial temporal anti-jam receiver (G-STAR).

“G-STAR currently is effective against a wide range of GPS jamming environments. Its software-driven nature also permits easier upgrades as new threats emerge. The version that is equipping JASSM consumes only 52 watts of power. It weighs 25 pounds and measures 10 inches by 15 inches by 2 inches.” (1)

“G-STAR also will incorporate the so-called selective availability and anti spoofing module (SAASM), which the Defense Department has made mandatory-beginning in October 2002-for all military GPS receivers that receive the encrypted precision satellite signal.

The SAASM module is a microelectronic device with a large number of digital components that allows an authorized user to receive the precision encrypted GPS signal.” (2)

Here’s a little more detail on GPS anti-jamming for those of you who are interested in a slightly deeper dive.

“Most anti-jam devices currently in use are either "nulling" or "beamforming systems," explained Kelly [James J. Kelly, director of advanced engineering at Telephonics Command Systems]. These two technologies refer to exploit techniques that can be used to counter jamming signals. Some GPS receivers have an antenna array, with up to seven receiving elements arrayed in a geometric pattern. Upon detection of jamming interference, part of the antenna pattern can be turned down, so the noise from that particular direction does not interfere with the rest of the system. That is called nulling the signal.
"A null means that I will not look in the direction in space that the jammer is coming from," Kelly said. The electronics protect the receiver by eliminating the interference signal. One problem with this nulling technique, however, is that "as you eliminate jammers, you eliminate your ability to receive signals from the GPS satellites," he said. "You could have a nulling system that kills off the jammers, but you no longer have enough satellites available for you to navigate."
The beamformer, meanwhile, "doesn't care where the jammers are." The beamformer selects and receives signals from at least four satellites and provides four anti-jam solutions. "The beamformer algorithm is more aggressive and you get a better result," Kelly said. Recent simulations conducted by Telephonics, he said, showed that beamformers performed better than nullers.
But these systems cannot be used with older GPS receivers. Because a beamformer produces four outputs directed at four selected satellites, it cannot interface with a standard GPS receiver that only has one input. "You need a receiver that is customized to accommodate the beamformer interface," said Kelly.
New missiles typically feature a tight package composed of an anti-jam device, antenna and GPS receiver. This makes them more adaptable for beamforming anti-jammers, Kelly asserted.” (2)

That the military is working on GPS anti-jamming is good news.  It offers the possibility that we may be able to continue to use GPS even in the face of electronic countermeasures.  Of course, we also have to recognize that the entire GPS satellite system is vulnerable.  and both claim to have anti-satellite weapons and has pretty well demonstrated their capability.  If an enemy can destroy our satellites then having an anti-jamming capability won’t mean anything.

It’s also not enough to simply develop an anti-jamming device that can theoretically work.  We need to subject whatever is developed to rigorous testing – far more rigorous than the testing we’ve subjected our other weapon systems to.  We need to throw the best jamming capability we possess against it and see if it actually works in a combat environment.  Ideally, we would clandestinely test it in the real world in places like , against actual Russian ECM.

Finally, we can’t simply develop a device, congratulate ourselves, and think that our navigation is secure.  Our enemies are continually working to develop new methods of GPS denial and we may find out the hard way that our anti-jamming isn’t as effective as we thought.  This means that we have to keep working on alternate navigation methods.  Every ship, plane, and missile should have multiple navigation systems so that if one is denied we have an alternate available.  In other words, we have to plan for failure – something we have not done in recent decades.

Inexplicably, not everyone is searching for GPS alternative capabilities.  Notably, the Air Force has limited interest.  Terry Little, Air Force program manager for JASSM, has this to say,

“In the JASSM program, we are not interested in an alternative guidance technology to GPS.” (2)

Well, that’s about as plain a statement as you could want.  Hopefully, that philosophy is not indicative of the military as a whole.

I’m encouraged that the military is recognizing the vulnerability of GPS and is working to protect the capability.  Given the ease of jamming and the physical vulnerability of the GPS satellite system to anti-satellite destruction, we need to continue working on alternate guidance systems.

Posted by ComNavOps at 7:17 AM