As reported by Navy Recognition website, displayed a supercavitating torpedo it’s developing at the MADEX 2017 International Maritime Defense Industry Exhibition held in October 2017 (1).  Development began in 2013 and at sea tests will take place around 2020.

Iran supposedly is developing a reverse engineered version of the Russian Shkval and a German firm developed a supercavitating torpedo although it never transitioned to a service weapon.

The takeaway from this is that the US Navy is falling significantly behind in torpedo development.  The Navy’s standard heavyweight Mk48/ADCAP torpedo was designed in the 1960’s and became operational in 1972.  There has been little development since then although some effort has been directed towards enhancing shallow water performance.  Beyond that, though, torpedo development has been stagnant.

On a related note, the major challenge with a supercavitating torpedo is guidance.  The formation of the air "bubble" that the torpedo travels in is deafeningly loud as far as sonar guidance is concerned.  Supercavitating torpedoes are blind.  Supposedly, a Russian version was intended to sprint to the target location and then slow down to "normal" torpedo speeds in order to acquire the target. 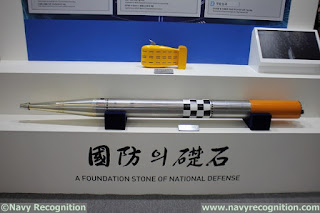 Torpedo development is one of several areas that the Navy has, bafflingly, neglected.  Offensive mine warfare has all but halted, mine countermeasures have atrophied to near non-existence, naval gun support is non-existent, anti-ship missile development has only recently made any advancements after many years of neglect and, even now, significantly lags Russian, Chinese, and Indian weapons.

The Navy’s myopic focus on new Burke, carrier, and LCS funding and construction has led to neglect of vital but less “sexy” weapons, equipment, and systems.  We are now being surpassed by friend and foe alike in many of these areas.

Posted by ComNavOps at 5:34 AM