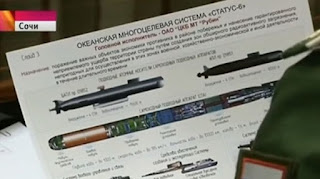 The new Status-6 , "devastating" torpedo system. According to the document it will create "wide areas of radioactive contamination".

This apparent leak went out on Russian television, but the West didn’t notice. So the withdrawal went out again a few days later, and this time it managed to make the news! (1)

So why are the Russians doing this and what does it mean to NATO?

The pictured document conveniently shot over the shoulder of a military official gives intimate details of the weapon system with colour pictures. 10,000 km range, 1000 metre depth and 100 knots maximum speed. The device is designed to avoid any conventional countermeasure and have a warhead bigger than any we have seen yet.

General opinion is of course that this is disinformation. And that’s probably putting it politely. Whether aimed intentionally at the Russian public to assure them is still winning the arms race that ended with the collapse of the , or for the consumption of the West, it is hard to say.

However given that it had to be “leaked” twice just so that Western media would actually pick it up, it tends to indicate that to some extent it is for our eyes.

Now with the advancements in anti-ballistic missile defences and the treaties on the proliferation of nuclear armed cruise missiles, may be feeling on the back foot. MAD. after all relies on all parties being assured of everyone’s mutual destruction. Since we have been developing all kinds of defences, have we thrown out the balance of power in ’s eyes?

Putin may have been left thinking how CAN I create a sense of believable capable nuclear Armageddon?

We need a totally unstoppable weapon!

As we know any ICBM launch can and will be instantly tracked, cruise missiles, more difficult when sub launched, but they make a good radar track once within range of your air defence umbrella, and are not what you would call the “unstoppable delivery system” fabled in years gone by.

So what does this mean? I think we can all ponder the obvious “” scenario. But you’re bored of that by now, right? Endlessly quoted, re-lived, reinvented, argued over ad nauseam. Yawn! 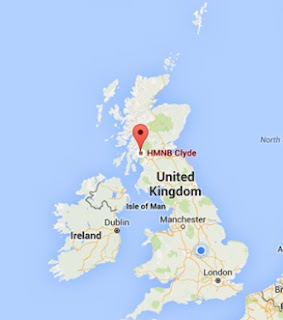 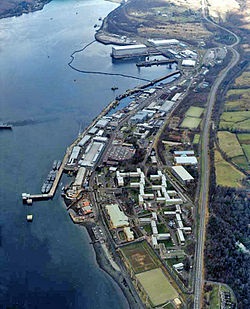 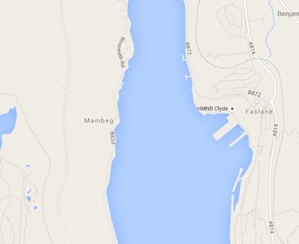 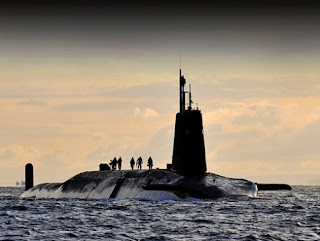 What if our Status-6 were to go off there, just as a Vanguard was arming, or indeed disarming, who is going to know what happened?

What capability do we have to track the weapon at all, or at any distance? So who do we retaliate against? The investigation is going to be somewhat hampered due to the glassy nature of the surrounding countryside.

Now nuclear torpedoes aren’t new I hear you cry! Famously back in the Cuban missile crisis the deployed subs with relatively short range nuke torpedoes. I hear you shout down the IP pipeline.

Our policy on all subsurface launched torpedoes has always been to concentrate on the launching platform rather than the weapons.

And this is very sensible, until the platform can be at significant distance. Given the squared relationship of a radius to a circular area of sea, every mile we go out from a potential target we are having to patrol 1000’s of square miles of ocean, or at the very least 100’s of miles of perimeter.

We simply don’t have the ASW assets to secure a 1000 km radius, never mind 10,000 (which is ridiculous I know). Even a SOSUS type detection ring at that radius is asking a lot. Particularly given the many installations we are talking about.

Point defence then? A 100kts torpedo should be easy to hear right? Well this would be theoretically fine apart from the fact that the only current modern Anti-Torpedo Torpedo is Russian. So even assuming detection we have virtually nothing we can do about an incoming.

Sub nets?  Well yes, bit World War 2, but it looks like a large fish yer ? So it should work ? How about complex Harbour entrances, Sea Gates even?

Just the radius problem, its stated detonation yield is phenomenal.

Target sets are limited, but given the likely blast radius, and human’s propensity for liking sea front properties, it still encompasses a huge amount of what we might call the tactically significant infrastructure of many countries.

Obviously we are supposed to drop our ABM or split the budget and start on Anti-Torpedo Weapons.

But do we really want to invest billions in countering a weapon system that may not even exist? Particularly when this will undoubtedly detract from other programs.

Given the MAD policy SHOULD we even counter this threat? We have ICBM after all?

Maybe we should just skip over the article and get back to the juicy bits of the defence pages? How is that F35 doing?

Only problem is, once these Ideas are out there …

Posted by ComNavOps at 5:00 AM